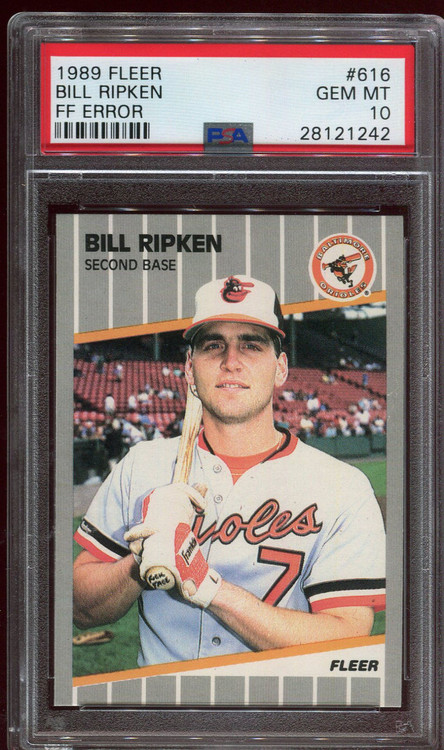 This caused hysteria in the baseball card community due to the obscene message on the bottom of Bill's bat. There were numerous rumors on how this occurred including a scenario where Fleer wrote it on the card deliberately to get sales. Another rumor was that Bill's famous brother, Cal Ripken wrote it on Bill's bat to embarrass his brother. In reality, it was Bill himself who wrote the message on the bottom of the bat as a practical joke. Fleer didn't catch the prank, produced the card, and birthed one of the most famous error cards of all-time! To save face, Fleer haulted production of the "FF" card and came out with a black-out version of the obscenity and a white out version. However, those aren't near as fun as this card!

We have numerous PSA 10's of this card. You will receive one of them (not necessarily this exact card). However, we can assure you that it will have this new PSA lighthouse case.