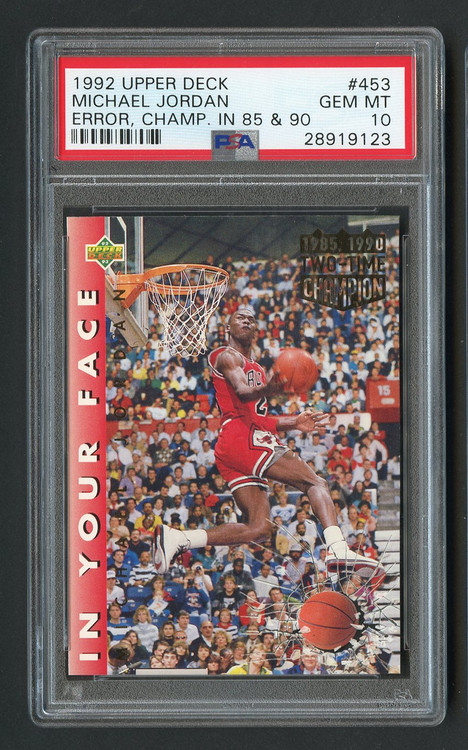 1992 Upper Deck Michael Jordan #453 Error Champ PSA 10 Gem Mint. Chicago Bulls. This rare error card featuring Michael Jordan was corrected quickly so you don't see too many of these in gem mint condition. In the top right of the card, the error states that he won the Slam Dunk Competition in 1985 and 1990 but he actually won in 1987 and 1988. As far as I know, this is the only recognized error of Jordan.