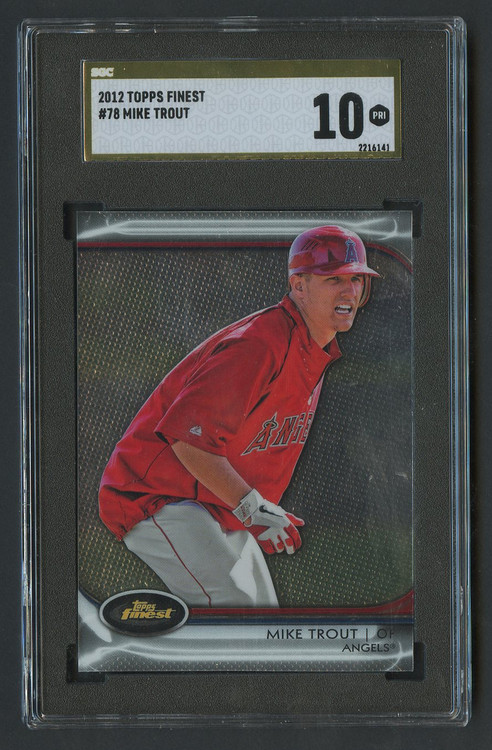 2012 Topps Finest Mike Trout RC Rookie #78 SGC 10 Pristine Gold Label. Once regarded as an SGC 100, the gold label is the highest possible honor a card can get from SGC. It is regarded much higher than a PSA 10 gem mint and is comparable to a BGS 10 or possibly a Black Label (although SGC doesn't offer a Black Label/quad 10 subs equivalent; just pristine). Trout has a Bowman release from an earlier year but 2012 is widely regarded as his rookie year since that is the first year he really played in the bigs.