In the 90's and early 2000's, there were dozens of grading companies. As time passed, 4 seemed to take the throne and offer a niche offering that separated them from the others. Those companies were PSA, BVG/BGS (Beckett), SGC, and GIA. GIA, a company founded by a prior PSA executive quickly rose and fell from stardom due to a too good to be offer that they couldn't deliver on. GIA, the first company to grade packs, offered a service that graded cards on a complimentary basis unless you wanted the card to be encased with the grade. In other words, if you disagreed with the grade, you can elect to get the card back raw and not pay GIA. Naturally, GIA was flooded with orders that they couldn't fill and were naturally enticed to give generous grades in order to stay in business. The marketing ploy was ultimately their demise in the industry. Cards encased in GIA cases are respected more than other cases such as KSA and are worth more than raw cards. However, there are certain sets in particular that are known for being trimmed in GIA cases; especially the 1955 Bowman release.

PSA is the 800 LB. gorilla in the grading industry and is part of a publicly traded company called Collector's Universe and their CEO is Joe Orlando. PSA was the first company to officially grade a baseball card which was the highest graded T206 Honus Wagner which Wayne Gretzky later purchased. They also grade autographs and sports memorabilia through their service-PSA/DNA.  PSA is known for their tough grading standards and their registry which allows collectors to register their PSA graded baseball cards along with the grade. This is both a way to "keep score" and a way to market your cards. If someone is looking for a PSA 10 gem mint 1958 Bob Gibson rookie, they can look in the registry and reach out to the one or two people who own it. As far as vintage cards are concerned, PSA is the gold standard. They offer grades ranging from authentic (less than a 1 or altered) to 10. A mint grade is given a 9 and a perfect card is a 10 which is dubbed "gem mint".

All grading companies have their idiosyncrasies and PSA is no different. One of the biggest differences with PSA is they sometimes accompany cards with "Qualifiers."

A qualifier is a defect on a card. The term was dubbed by PSA and is somewhat similar to an asterisk. A qualifier can be a Print Defect (PD), a Stain (ST), a Mark (MK), Off-Centered border (OC), or Miscut (MC). A card that is graded an 8 (ST) is basically stating that the card is near mint to mint but it has a stain on it. In some cases, you can elect for the qualifier to not be present on the card's case. However, if you elect this, the card's grade will be lowered (typically 2 grades).

Also, unlike BVG and SGC who offer a "pristine" grade, gem mint is the highest grade PSA offers. PSA will not grade "sheet cut"cards anything other than "authentic". In other words, even if the card looks perfect, it won't even receive a 1.

PSA's prices for grading a card depends on the card's anticipated value and the turn-around time you seek.

Vintage cards graded by PSA typically command a higher market value compared to those graded by a competing company at the same grade (i.e.  1964 Topps Mantle PSA 8 vs. 1964 Topps BVG 8). In our opinion, this is primarily due to collector's competitiveness and desire to raise their collections's status on the the PSA registry and PSA's reputation for being a bit inconsistent with their grading opinions. For example, there are some collectors who argue that there are cards that should be an 8 case that only received a 6. Regardless, PSA does an excellent job and many collectors have adopted the "buy the card, not the case" philosophy due to the subjectivity of grading.

Beckett is 1 of the Big 3 players in the grading industry and became famous with the release of their sports card price guide in 1984 - Beckett Baseball Card Monthly. They are most known for grading modern cards but also offer vintage grading services and autograph certification. Beckett has numerous lines of service with their grading including:

BVG: Beckett Vintage Grading is for cards printed prior to 1981.

BGS: Beckett Grading Service is for cards made after 1981.

Beckett has numerous unique attributes to their grading, the most important is that they offer a 9.5 grade which is considered gem mint (PSA requires a 10) and they have a pristine grade which requires a 10 grade. Although most PSA 10's will grade a 9.5 with Beckett, it is rare that a PSA 10 will cross-over to a BGS 10 (BVG does not have 10).

Beckett also offers a "Black Label" which is also referred to a "quad 4" which has all 4 sub-grades as a perfect 10.

Also, Beckett WILL grade sheet cut cards with a numerical grade (PSA and SGC will only give "authentic").

Also, Beckett will perform reviews of a grade for $10. If you feel like you got snubbed on a grade by Beckett or even a competitor, they will review the card for you at a discount. This is great because if the card stays the same grade or doesn't cross-over, you are only out $10 instead of the normal fee (typically around $20 per card for 10-day service). However, if the card does meet your minimum grade, you pay the $10 review fee plus the normal fee so there is some risk on both sides.

Unlike PSA and SGC, Beckett offers flat pricing for grading a card regardless if the card is worth $1 or $1,000,000 which is very nice. Also, Beckett's case seems to be the most tamper-proof. However, the cases are a little bit more bulky than their competitors.

SGC stands for Sports Card Guarantee and is based out of Florida. Their guarantee states that they will provide "accurate, consistent grading." They are very highly respected and their services are especially appreciated by Pre-War card collectors. However, they grade modern cards, golden era, autographs, packs, and numerous other memorabilia items. Originally, their grading scale ranged from 10-100; similar to a grade on a school exam. 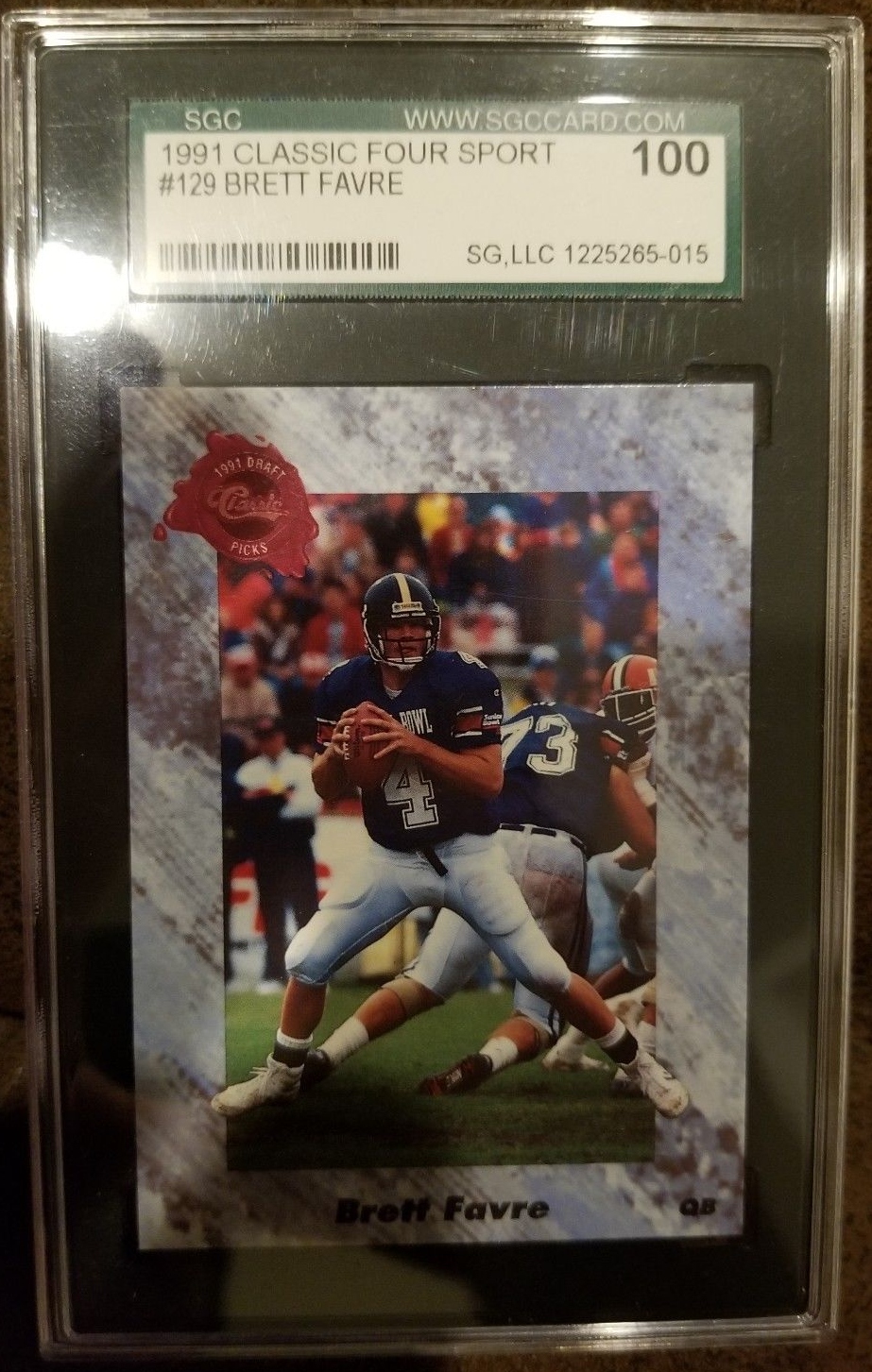 In August of 2018, SGC sensed the novice collector was confused with their grading system and unraveled a simple 1-10 grading system which mirrored their biggest competitors but included a 9.5 Gem Mint designation as well as a 10 Pristine possibility which is similar to Beckett's philosophy.

Like PSA, SGC's grading fees are based on the declared value of the card as opposed to a flat fee per card.