10 of the Most Valuable Vintage Baseball Cards of All-Time

There are several key factors that help influence the value of old baseball cards, such as age, quantity produced and condition. That said, the trading cards produced prior to World War I and even in the immediate post-World War II eras, where print runs were low, generally value for much more than the more mass produced cards of the 1980s and beyond. Noting that, we’ve pieced together this list of some of the rarest of all time and what you can expect them to value at should you sell your baseball cards: 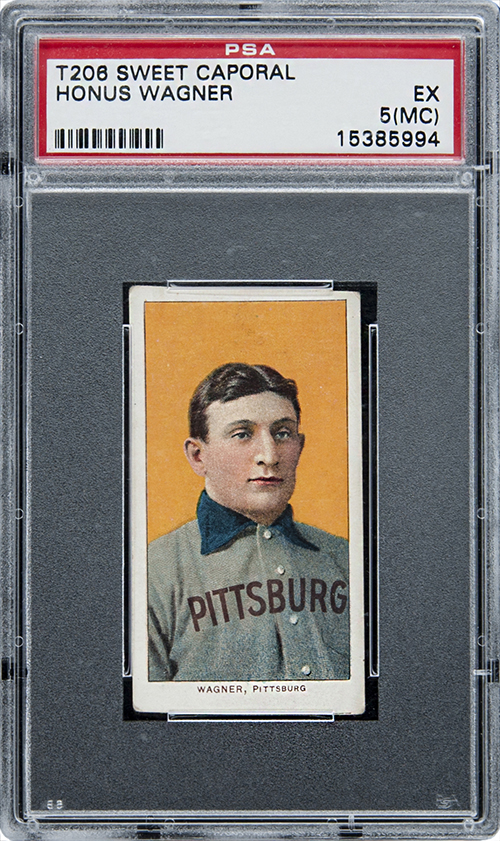 When it comes to rare trading cards, the T206 Honus Wagner is arguably the rarest baseball card ever. It’s estimated that fewer than 60 of these Honus Wagner cards exist worldwide today, making this among the rarest of all vintage baseball cards. Only approximately 200 total cards were made, as this Pre War card was discontinued over Wagner’s concern regarding the card makers association with tobacco as it pertained to his younger fan base. A Wagner in "excellent" condition according to PSA can go for more than $3 million. Even those in poor condition (PSA 1) can fetch seven-figure amounts. 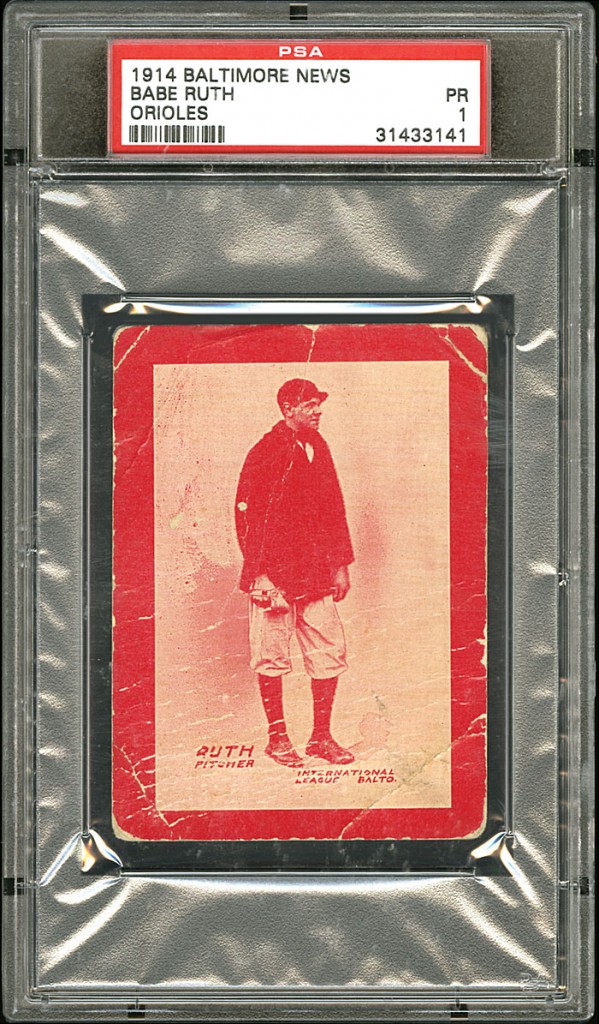 Babe Ruth is largely considered the best pro ball player in history, and as this is his official “pre” rookie card, there’s high demand for it. It’s estimated that only 10 were ever made. It’s also estimated that even those cards that are rated PSA 4 - which indicates noticeable, yet modest wear - can go for about $900,000. Although most sports card collectors know that Babe Ruth played for the Boston Red Sox prior to being traded to the New York Yankees, many sports enthusiast are unaware that Babe Ruth played minor league baseball with the Baltimore Orioles which this vintage baseball classic reflects. 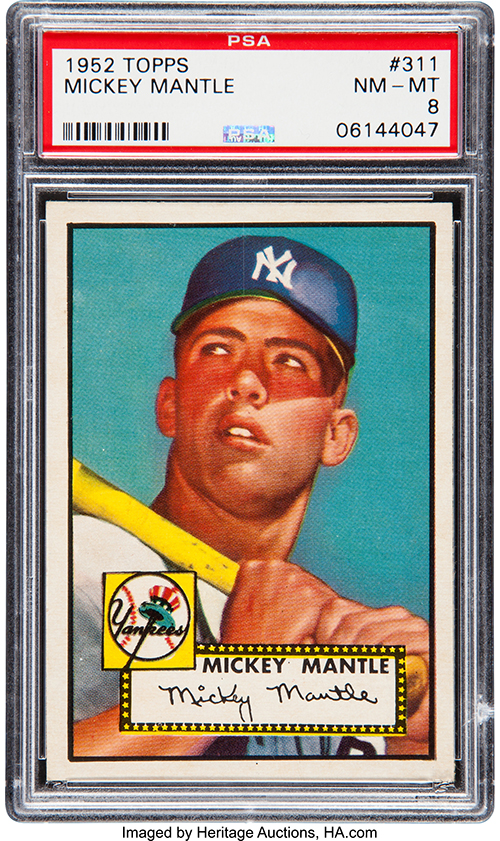 The 1952 Topps Mickey Mantle #311 baseball card is the most valuable of all Mickey Mantle baseball cards valued at more than $500,000 if it’s in near mint condition (PSA 7) and well over $2,000,000 for an example in mint condition . Although this was a high-print card for the time and isn't the rarest baseball card, this card has rapidly increased in value from just a decade ago. Why? Due to initial poor Topps sales, thousands of these cards were discarded in the Hudson River decades ago reducing the supply of this iconic Topps baseball card. The discarding of the high number series of the 1952 Topps also makes it very challenging to complete sets in a high grade. 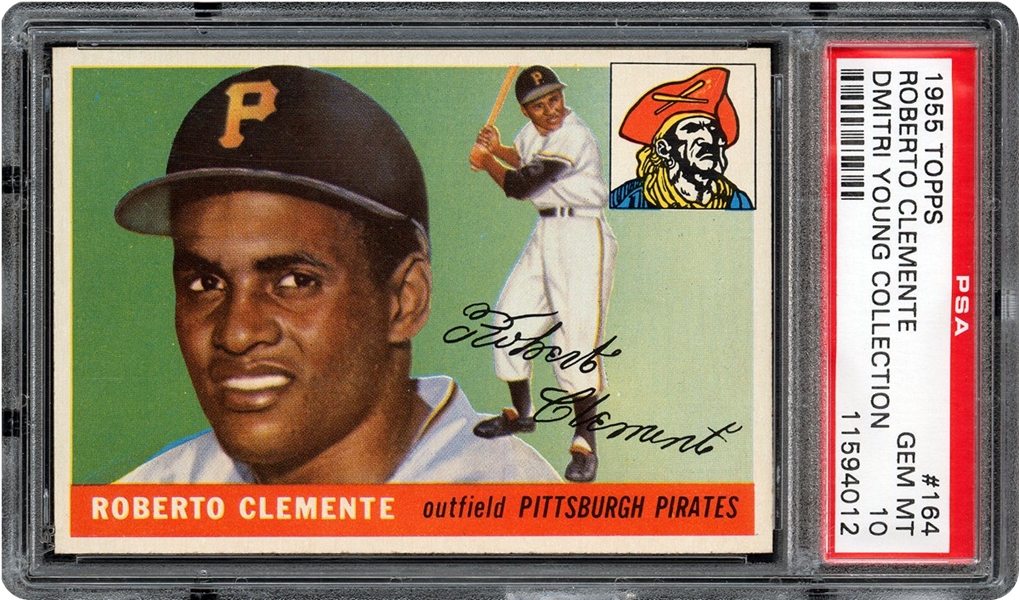 It’s not very common to find any of the old baseball cards in a gem mint condition (PSA 10), but if you happen to have a Roberto Clemente 1955 Topps rookie card, you can expect to get about $433,000 for the Pittsburgh Pirates Hall of Famer. 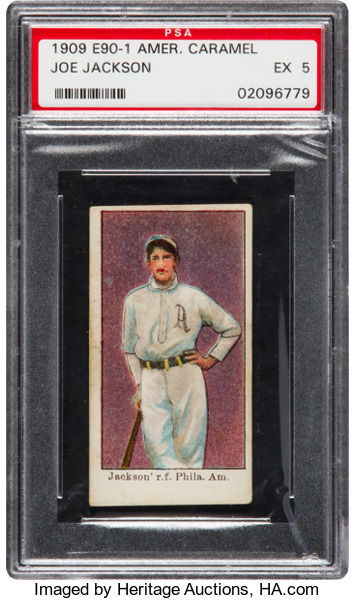 Though “Shoeless” Joe Jackson was banned from baseball in the fallout from the 1919 Black Sox scandal, his rookie card can go for a pretty penny. The highest-quality card to date, a PSA 8, which is considered near-mint, has sold for $667,000. 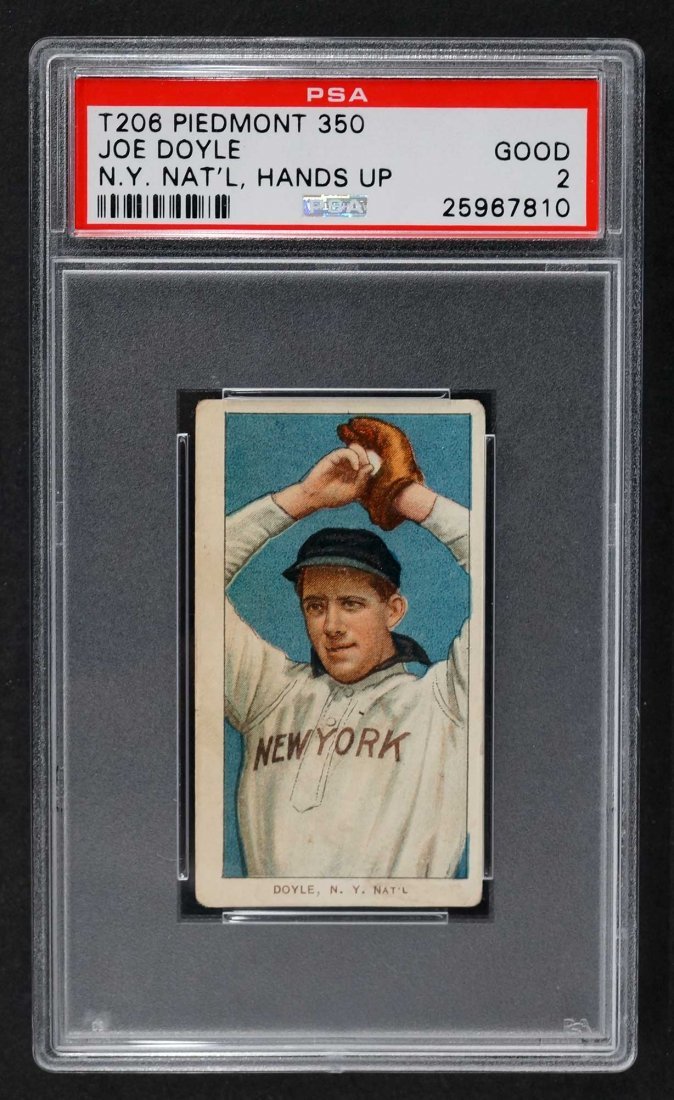 Joe Doyle was only a so-so ball player, but this card is rare – and valuable – for one big reason: In the card, Doyle is pictured with the Yankees. The Yankees are labeled as an NL team. Once noticed, the ATC immediately corrected it and it’s estimated that 99.9 percent of the card run correctly identified the Yankees as an AL team. Yet, that’s what makes Doyle’s card so rare. In good condition (PSA 2), the card can net about $415,000. 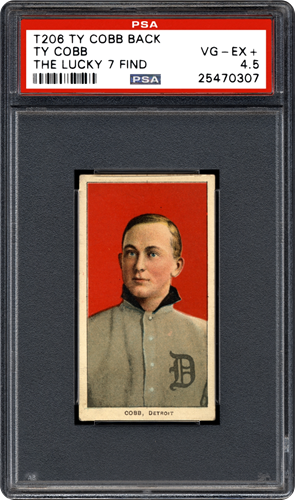 If you’ve got one of these cards in mint condition (PSA 9), you can expect to fetch close to half a million for it. 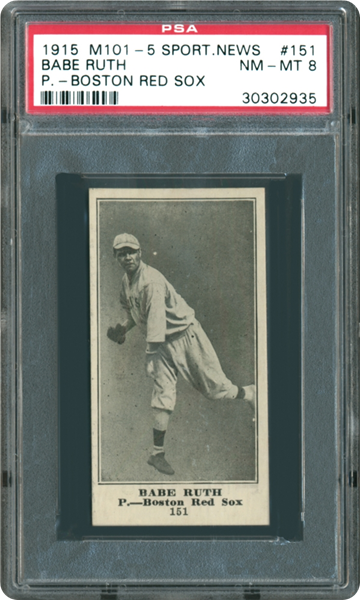 The great bambino makes another appearance on this list, this time for his rookie card. If you have one in near-mint condition (PSA 8), you’re likely to get over $1 million for it. 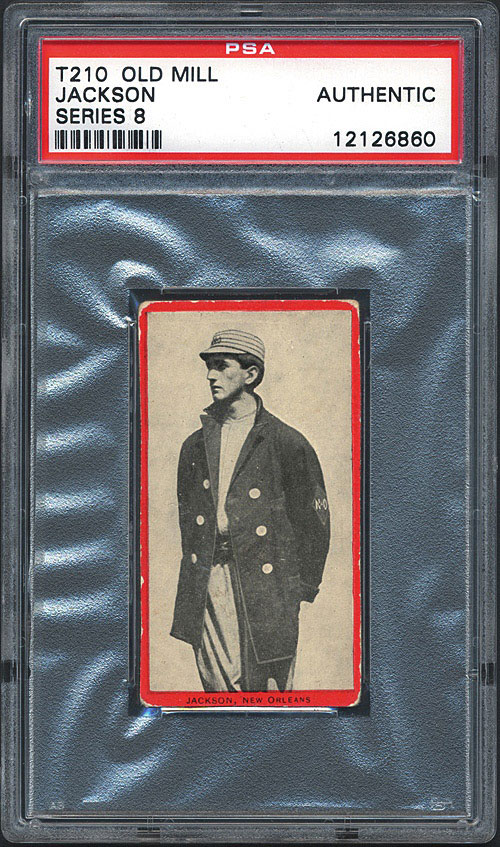 Nobody for sure knows how many copies of this Joe Jackson card there are, but some believe the number is in the single digits, making it among the most rare. In mint condition (PSA 9), it’s valued at about a quarter of a million dollars. 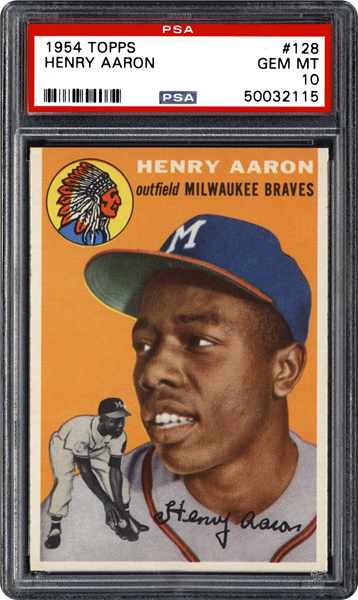 Of all the Hank Aaron trading cards, his rookie card is the rarest. If you have one in mint condition (PSA 9), it can fetch about $300,000. Along with Willie Mays', the Hank Aaron rookie card is among the "Who's Who" among Post War rookie cards to own. I wonder how many 1954 Topps wax packs it would take to pull a perfectly centered gem mint example like this one!

Thank you for visiting Cardboard Picasso who is among the leaders in when it comes to vintage baseball cards. You no longer have to compete in a vintage sports card auction to get great prices and service.